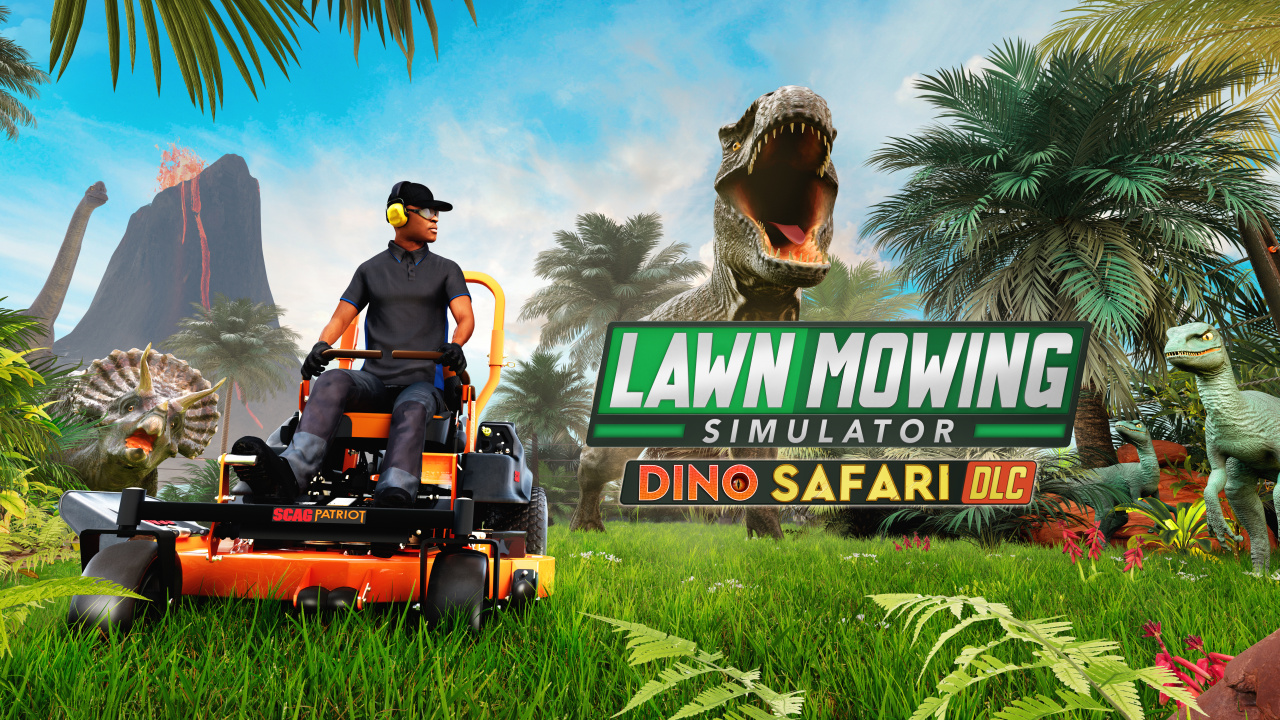 In the new Dino Safari DLC, you will get to jump into the Jurassic era to navigate your mowers around the fictional Dino Safari Park and keep the lawns pristine around models of giant T-rexes, cunning raptors and gentle herbivores and many more.

Thank you all for your continued support! Happy mowing!