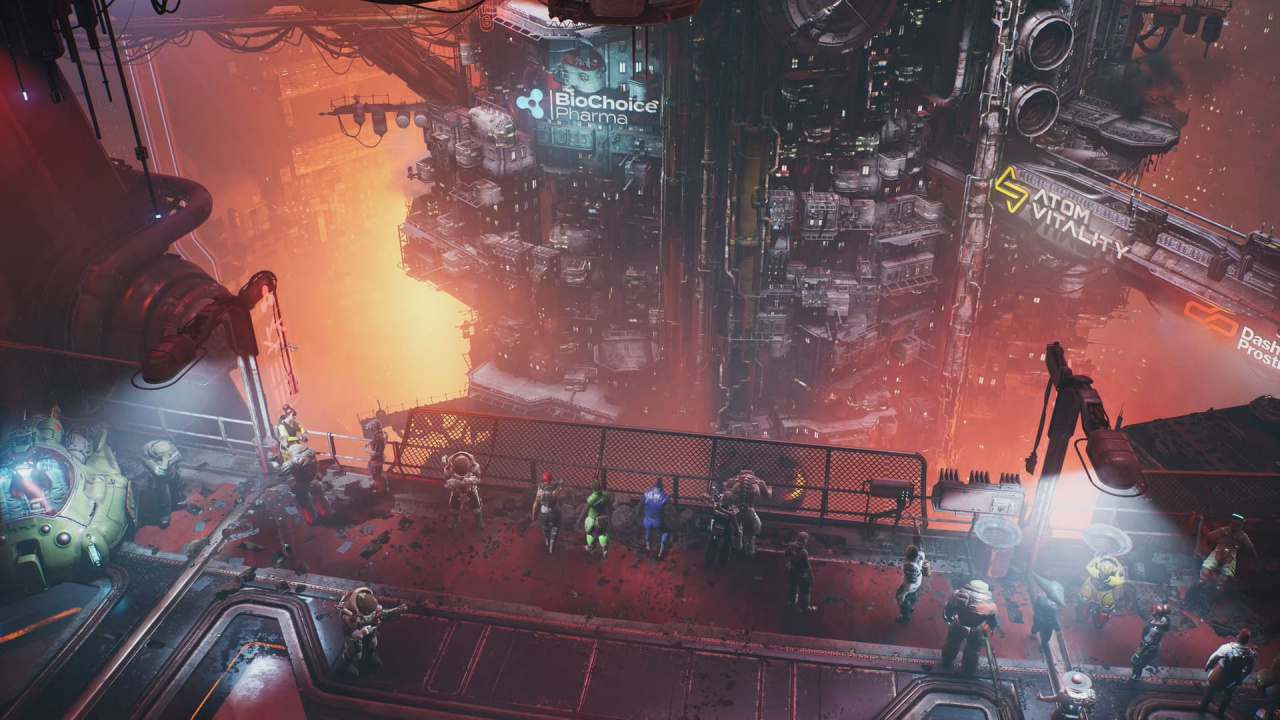 First off, a massive thank you playing our game! We’re working tirelessly, day and night to improve all aspects of the game. We promise to update you as soon as we have information on when future patches will be released and what they contain.

Secondly, we kindly ask that you double check you’re always playing on the latest and greatest version!

We are improving the game regularly, so it’s important that you download the latest updates to make sure you are playing the best version of The Ascent on your chosen platform.

To ensure you have downloaded the latest updates, please follow these steps:

On Steam:
Right click on The Ascent in your Library
click on “properties”
then on “updates”
and select “Always keep this game updated”.

On Xbox:
Launch the console to the Xbox Home.
Navigate to “My Games & Apps” and locate the title.
Highlight the title’s tile and press the Menu button.
Navigate to “Manage Game and Add-ons” then select ”File Info” in the left menu.
Observe the line of text along the top of the pop up,
This should read as:  4.5.1.0

On Windows 10 / GamePass for PC:
Launch the device to the desktop
Ensure the title is installed from the Microsoft Store.
Open the Windows Search and Type “The Ascent”.
Right Click “The Ascent” app and select “App Settings”
This should open a page with the version displayed under publisher – The version should read as: 4.5.1.0

Please find below the Patch Update History. Our team is still continuing to work hard on improving the game and we continue to be very grateful for all the support and feedback from our players.

We continue to work hard on improving the game and are so thrilled to welcome new indents on the PlayStation platform to join our incredible community.

The following summary covers the key areas we have addressed in this Patch #7 update. This update is now available for The Ascent on Steam. Please note we are continuing to work hard on improving the game and we’re very grateful for the feedback and support we receive from our community.

December 15th / PATCH 6 deployed on all platforms
The following update is now available for all players on all platforms. Our team is continuing to improve the game and we’re very grateful for all of the feedback from our community.

Patch #5 is now live on all platforms and addresses the below:

We’ve seen your requests, and we’re very excited to announce that The Ascent now has a photo-mode, free for all players!

All you need to know about the Photo Mode:

Please note we keep working on Photo mode and will improve it in future patches.

To thank everyone in the community for their continuous love and support since we launched The Ascent, we’ve also added two new shirt skins and ten new weapon skins, so get customising, and remember to share your new styles with us with Photo Mode!

Please note that we are working on a fix for the achievement “Comprehensive” and “For All Our Benefits”. All fixed achievements are and will be retro-compatible.

Other Fixes (all platforms)

We have implemented improvements related to Ray Tracing within Patch 2, deployed in Steam on August 27th. However, thanks to community feedback, we have identified that these improvements didn’t deploy correctly for all Steam players. The following Hotfix addresses this issue and will improve Ray Tracing for all players on Steam.

If you wish to play The Ascent with Ray Tracing enabled on Steam, please note you will have to re-enable it through the Graphics option in the Main Menu.

We apologise for any inconvenience caused.

Your feedback is incredibly useful to us. If you can, please fill out this form to report bugs or issues; it contains all the needed information for our team to address and tackle these correctly.

Many thanks in advance for your continued support and patience.